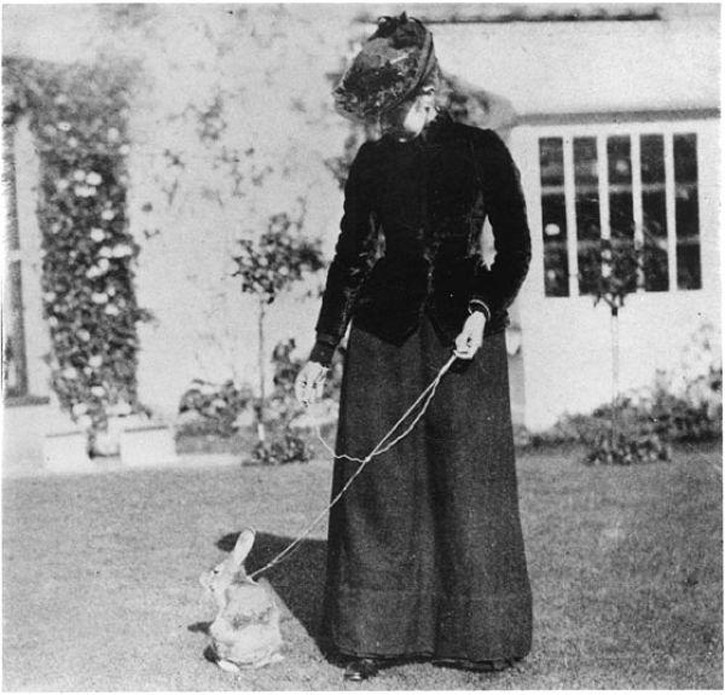 The beloved author of almost two-dozen children’s storybooks, Beatrix Potter was born in South Kensington, London on July 28, 1866. She spent her life devoted to her stories, both creating the tales and illustrating the life-like pictures of the playfully charming animal characters found in her books. Potter was an ardent nature advocate, residing in her tranquil countryside property, Hill Top, for much of her later life. She remains a household name to this day, and the recent film “Miss Potter” stars Renee Zellweger as the author.

1.  All of Beatrix’s books were published in miniature, to ensure that they’d be an ideal size for children to hold and read.

2.  Her first book, “The Tale of Peter Rabbit,” was published in 1902. After being turned down by six publishers, Potter paid to have her story published and ordered 250 copies. A year later, the book had sold over 50,000 copies. It is believed to be the first picture storybook for children.

3.  Beatrix was engaged to her publisher – he tragically passed away just weeks after their engagement. At age 47, she married the town solicitor, William Heelis.

4.  Potter, although best known as an author, was also a farmer, landscape and natural history artist, and a conservationist. She gave her collection of over 450 natural science watercolors to the Armitt Library and Museum in Ambleside, Cumbria.

(Photograph  of Beatrix Potter with Benjamin Bunny on a lead)