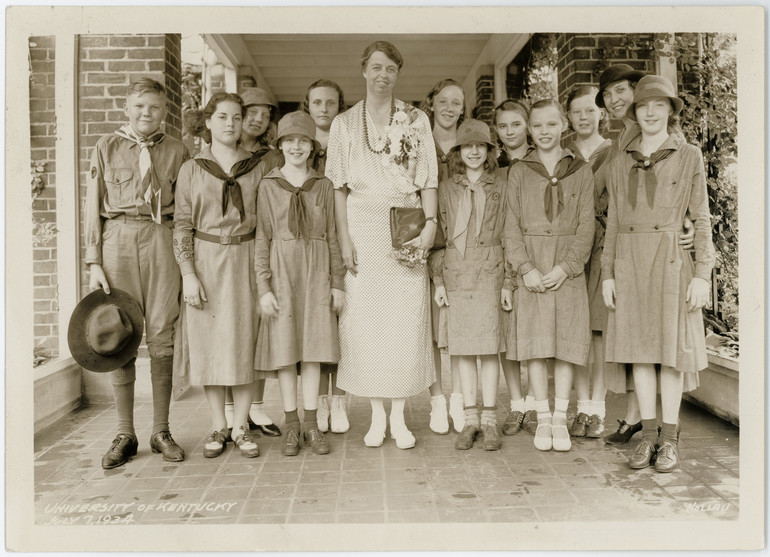 Eleanor Roosevelt (1884-1962), the wife of President Franklin D. Roosevelt, was one of the most influential and motivational first ladies. She was a leading activist throughout her life, particularly in human rights and women’s rights.

1. Eleanor’s parents both died before she turned 10 years old. She was sent to England for schooling where she also played on the varsity field hockey team. She credits that experience as building her self-confidence.

2. President Theodore Roosevelt was her uncle, and gave her away at her wedding to Franklin.

4. Eleanor is the only first lady to not change her last name upon marriage. She and Franklin were 5th cousins, once removed. They had known each other since they were two.

5. Before marrying F.D.R., she was an active social worker. She kept those interests close to heart, spending time teaching, working with the Red Cross during WWI, and spreading knowledge to the American people on these issues.

(Photo of Eleanor with girl scouts in Kentucky, 1934)

Thank you for publishing this. Obviously, we collectively knew that Eleanor didn't settle into the role of First Lady like most.
However, I did not know #1, #2 and #4, even though I wrote a biography about her in middle school!