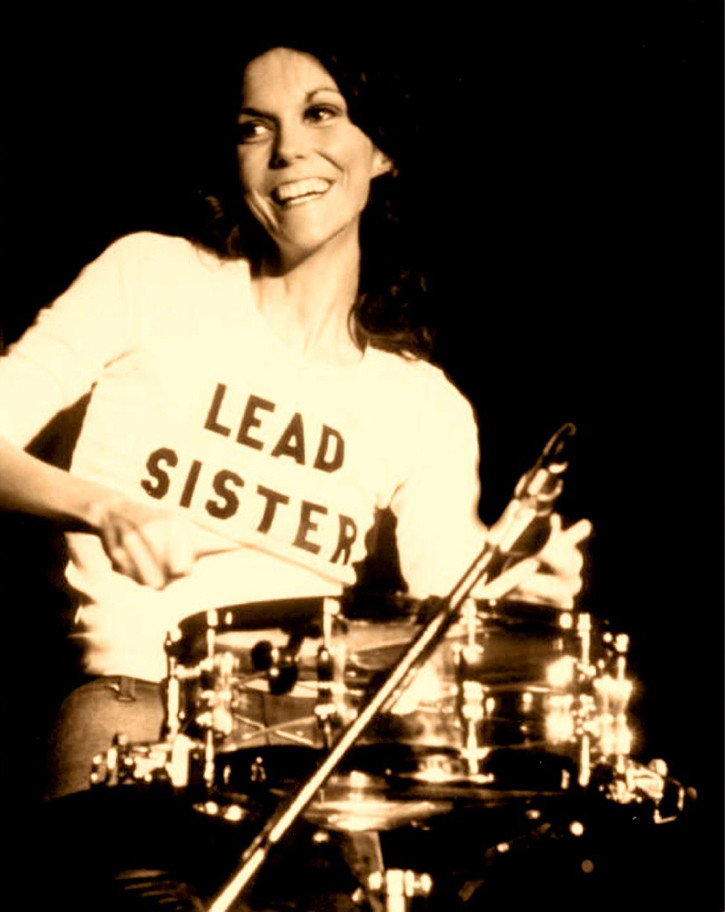 The magical voice behind music duo The Carpenters, Karen Carpenter (1950-1983) passed away at age 32. The gifted vocalist and drummer made her musical debut in a couple of small bands while in high school.  She and her brother quickly rose to stardom performing throughout the late 1960s and '70s. Their success did not come without personal challenges though, specifically Karen’s battle with anorexia, which ultimately led to her early death. Her death pioneered awareness for eating disorders, which were relatively unknown at the time. Her beautiful, singular, and simply angelic voice is still revered and treasured today.

1. Karen loved playing baseball and she was the pitcher for her family’s team.

2. Growing up in New Haven, Connecticut, the Carpenters moved to Downey, California in the early 1960s. Their famous home, 9828 Newville Avenue, is pictured in the album “Now and Then.” Karen lived at the home with her parents until she was 26; it was also where she spent her final moments.

3. In the late 1970s Karen had surgery on her ear after suffering with impaired hearing.

4. When the siblings became successful, they bought two apartment buildings in Downey, California. They called them, “Only Just Begun” and “Close to You,” after their two most popular songs.

5. Her family founded the “Karen A. Carpenter Memorial Foundation,” which raised money for research on anorexia nervosa. The foundation, now called “The Carpenter Family Foundation,” funds the arts, entertainment, and education, in addition to eating disorder awareness.