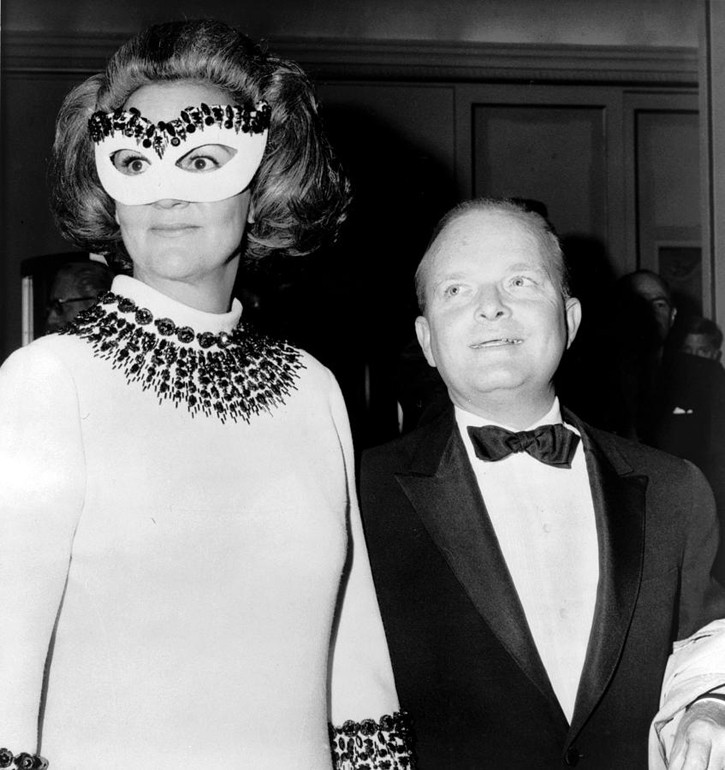 One of the most powerful and interesting women of the 20th Century, Katharine (Kay) Graham (1917-2001) published The Washington Post during two decades of tumultuous events, including Vietnam, Watergate, and the resignation of President Richard Nixon. Graham was the daughter of Eugene Meyer, a wealthy businessman who purchased the paper in 1933. Kay took over the paper in 1963 after the death of her husband, Phil Graham. The mother of four became an influential and respected figure throughout the world. Her memoir, Personal History, is a must-read for women of all ages.

1.  After graduating college, Graham moved to San Francisco for a year where she began a career as a journalist. She relocated back to Washington DC and even though her multi-millionaire father owned the Post, she had to earn her position at this paper by beginning her career in the circulation department.

2.  Kay Graham was the guest of honor at Truman Capote’s legendary Black and White Ball.

3.  Graham had many famous friends on both sides of the political spectrum, including Henry Kissinger, Jackie and John F. Kennedy, Lyndon Johnson, Nancy and Ronald Reagan, Bobby Kennedy, and Robert McNamara.

4.  In 1973, Warren Buffett bought a large amount of Post stock. Graham and Buffett developed a very close friendship as business partners and companions.

5.  Graham received the President’s Award for lifetime achievement in journalism in 1997. In 1998, her memoir, Personal History, won the Pulitzer Prize.

Thanks for posting this! I am absolutely going to go out and buy her memoir now, it sounds like a great book about a fascinating woman!

I like how your, umm, more "heavy hitting" "journalism" (anything that isn't a link to ballet flats) is essentially copied and pasted from Wikipedia.