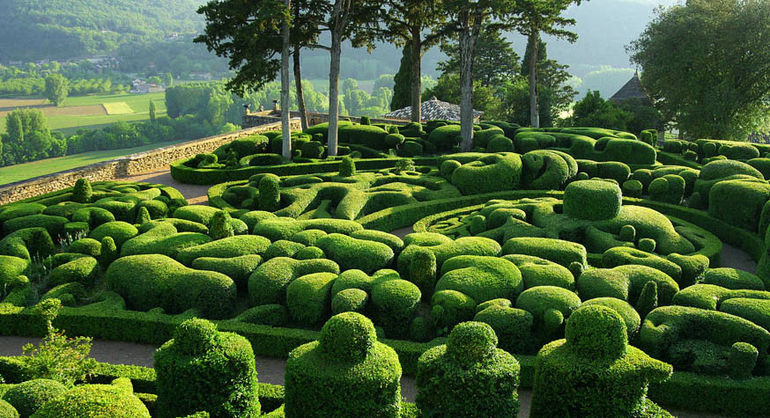 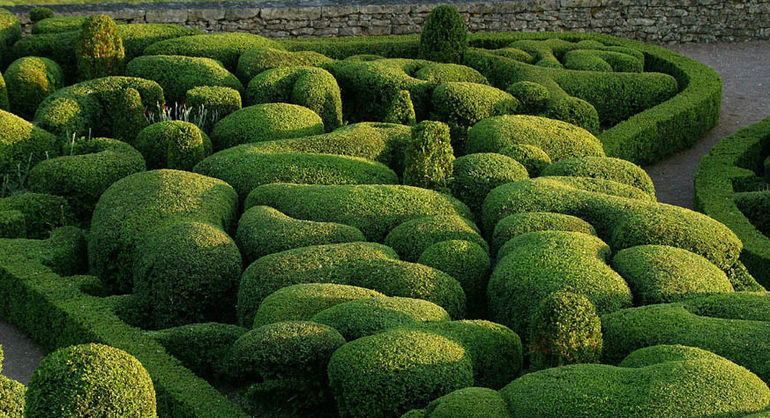 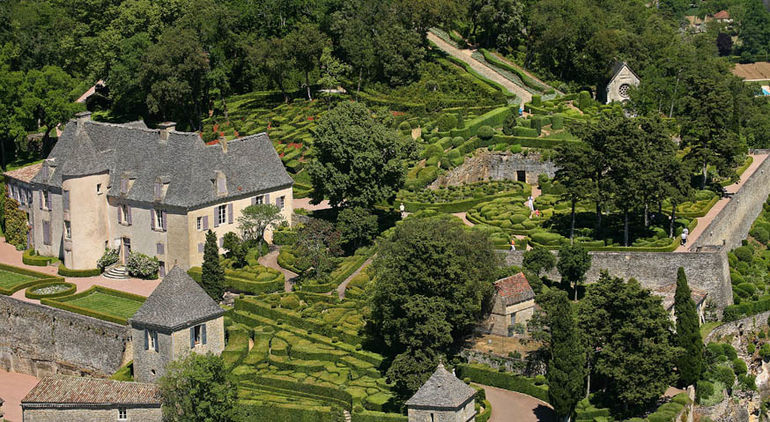 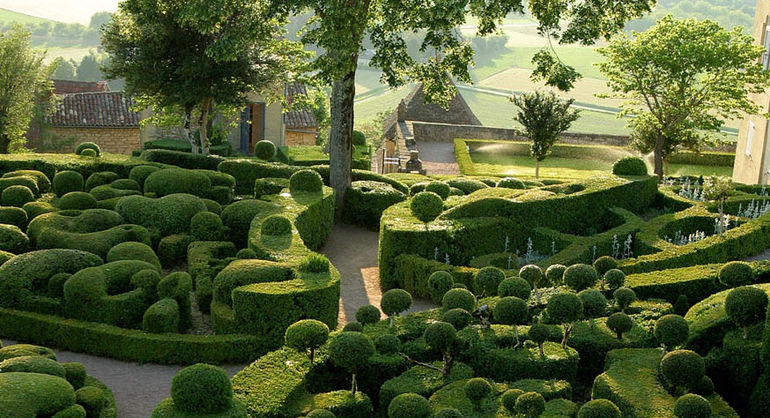 Looking to add to your bucket list? We've just penciled in exploring the Gardens of Marqueyssac in Vézac, France. The 17th century Château de Marqueyssac was built by Bertrand Vernet de Marqueyssac, a counselor to Louis XIV. Overlooking the Dordogne Valley, the sprawling property now boasts over 150,000 boxwoods that were planted in the 1860's. After years of neglect, the gardens were restored and reopened to the public in 1997. We're in awe of their meticulous upkeep -- can you spot those sculpted to resemble flocks of sheep? The site is open year round for public strolls and we're eager to make the trek! Did we mention there is an aviary house and peacocks wander about freely? Done and done.

(photography via The Gardens of Marqueyssac)