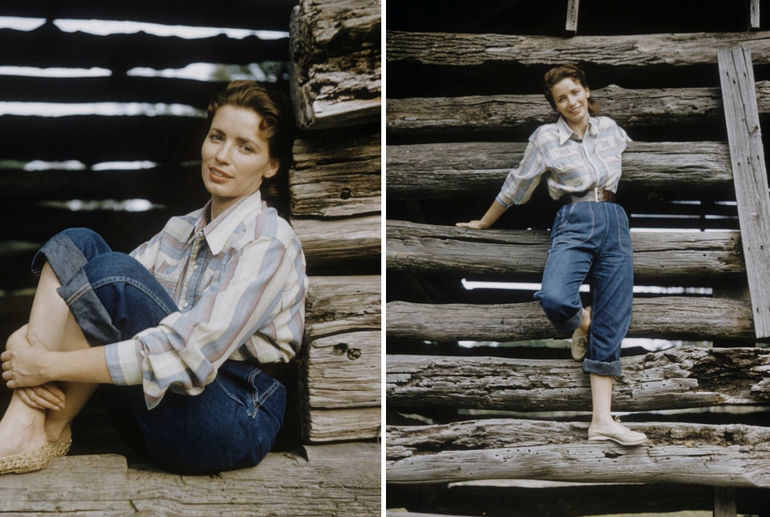 Legendary singer and songwriter June Carter Cash (1929-2003) and her husband, Johnny, will forever be cherished by country music fans. Together they performed iconic duets such as “It Ain’t Me Babe” and “If I Were A Carpenter.” After touring together for several years, Johnny proposed to June in 1968 and they remained married until June's passing in 2003. The heartbroken Johnny died less than four months later. In 2005, Reese Witherspoon won the Academy Award for Best Actress for her portrayal of June in the film, Walk the Line.

1. In the mid-50's June toured with Elvis Presley. He was the first to tell her about fellow musician Johnny Cash.

2. The song, “Ring of Fire,” was written by June as she depicted falling in love with Cash. He performed the song in 1963 and it became a hit.

4. She won a Grammy in 1999 when she released her album, “Press On.” It was a musical autobiography capturing her career and marriage with Cash.

5. June’s signature instrument was an autoharp; a rarity in popular music.

Yes, that is why it says performed not written by

Except they didn't write either of those songs mentioned. Bob Dylan wrote the former and Tim Hardin the latter...