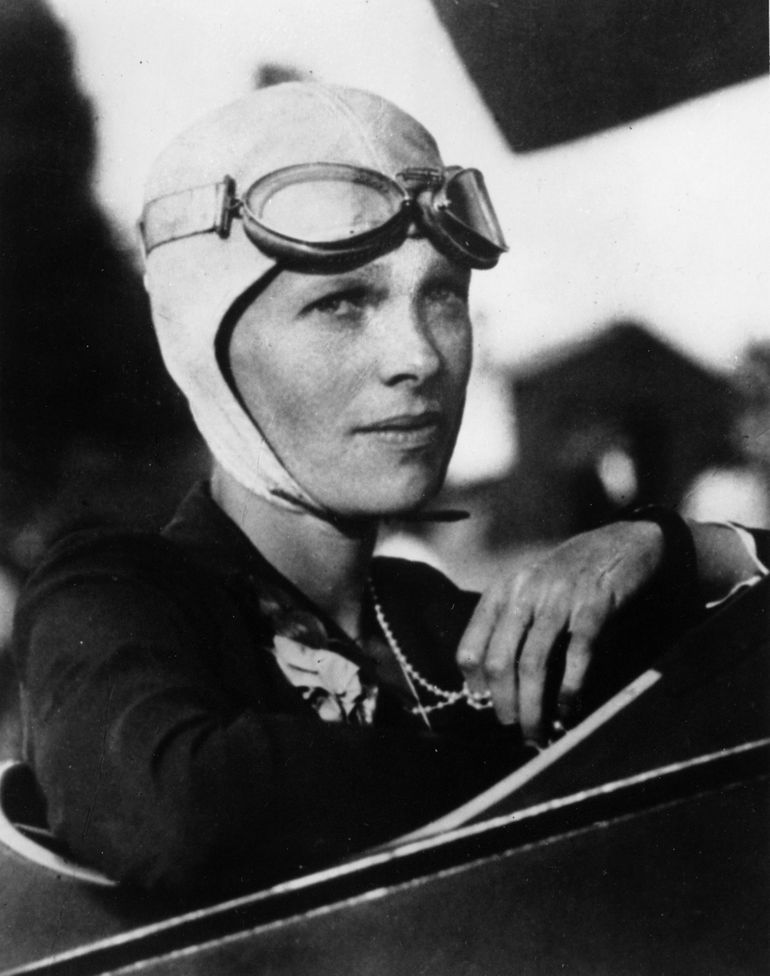 Flying icon Amelia Mary Earhart (1897-1939) built her legacy by pursuing a career in a man’s world. She was not only the first woman, but the first person to fly solo across both the Atlantic and Pacific Oceans. With her wide trousers, boyish haircut, and freckled face, the fearless young pilot was an unexpected celebrity. Amelia fell in love with the sky and was tragically lost amongst the clouds in one of the greatest mysteries of all time. Her fierce determination and free-spirit made her a legend for generations to come. In her own words, “the woman who can create her own job is the woman who will win fame and fortune.”

1. In an attempt to be taken seriously by the more experienced pilots, Amelia slept in her first leather jacket for three nights to create a more worn look.

2. In 1921 she bought a bright yellow plane that she nicknamed The Canary.

3. In keeping with family tradition, she was named after her grandmothers, Amelia Harres Otis and Mary Wells Earhart.

5. When her pilot career slowed, she embraced the life of a celebrity, even creating a clothing line. She had spent years sewing her own clothes and created a line of women’s fashion representing a “sleek and purposeful, yet feminine look.”